Off the coast of Santa Barbara lies eight islands that comprise the Channel Island National Park. A new addition to the national park system in 1980, the islands boast some amazing assets.

The Chumash people lived on the islands for thousands of years. Evidence of human habitation on the island goes back to 37,000 years ago. However by the the early 1800s the indigenous people were no longer on the island. Ranchers took ownership of the largest island (Santa Cruz Island) in the mid 1800s and by 1860 a single owner owned the entire island. Although the focus was on sheep and wool production, they also ran cattle, had winery and even a large olive orchard. While on the island we listened to a presentation of the ranching history by John Gherini (Link here).  John is the great great grandson of the rancher Justinian Caire who consolidated ownership of Santa Cruz island in the mid 1800s.  John outlined the hardships of ranching and the contributions made by his family.   After the death of the patriarch, the children quibbled over the ranch and it was divided into pieces.  Eventually they all sold off their shares (Some to the Nature conservancy and some to the national park).  The mark of ranching is clear all over the island.  Old fences, pastures, as well as equipment and old ranch buildings are common throughout the island.

Often called the Galapagos of the North there are over 300 species found on these islands and nowhere else.   Ranching can take its toll on the land, but feral animals with no predators can do even more damage.   Feral Sheep and pigs decimated archaeological sites, native foliage, and pushed several animals to bring of extinction. At the same time the DDT production in southern California poised food sources affecting animals that fed on them including     The National Park and the The Nature Conservancy launched plan that included the removal of feral sheep and pigs, as well as golden eagles which came in to prey on the sheep, but found the foxes easier.

Given time, Santa Cruz island has started to heal.  The island fox (A threatened species), whose population dropped below 100, and is found no where else in the world, has grown back up to over 3000.   Bald eagles have returned, with some even nesting on the island again.  Brown pelicans have returned in droves, and without sheep eating much of the native fauna has returned.

We hiked the potato harbor trail and the scorpion canyon loop trail. The recovering pastures will full of mustard, coreopsis, and ceanothus.  We took in the stunning coastline while pelicans, ravens, and even and eagle swooped by.    On the trails foxes, the island’s apex predator, would saunter about paying us no mind while the forged for crickets or mice.

Most of the time we hung out in shade of giant blue-gum eucalyptus.   The trees were filled with bird song.  The air was fresh and there were no traffic or city sounds.  The night was star filled and relaxing, albeit chilly.   The island foxes cruised the campgrounds regularly looking for food scraps.  They really didn’t care if we were there are not.   One took a 40 minute nap just four feet from us.  The rangers told us to watch our stuff as the foxes have learned how to unzip zippers to relieve unattended backpacks of food stores. 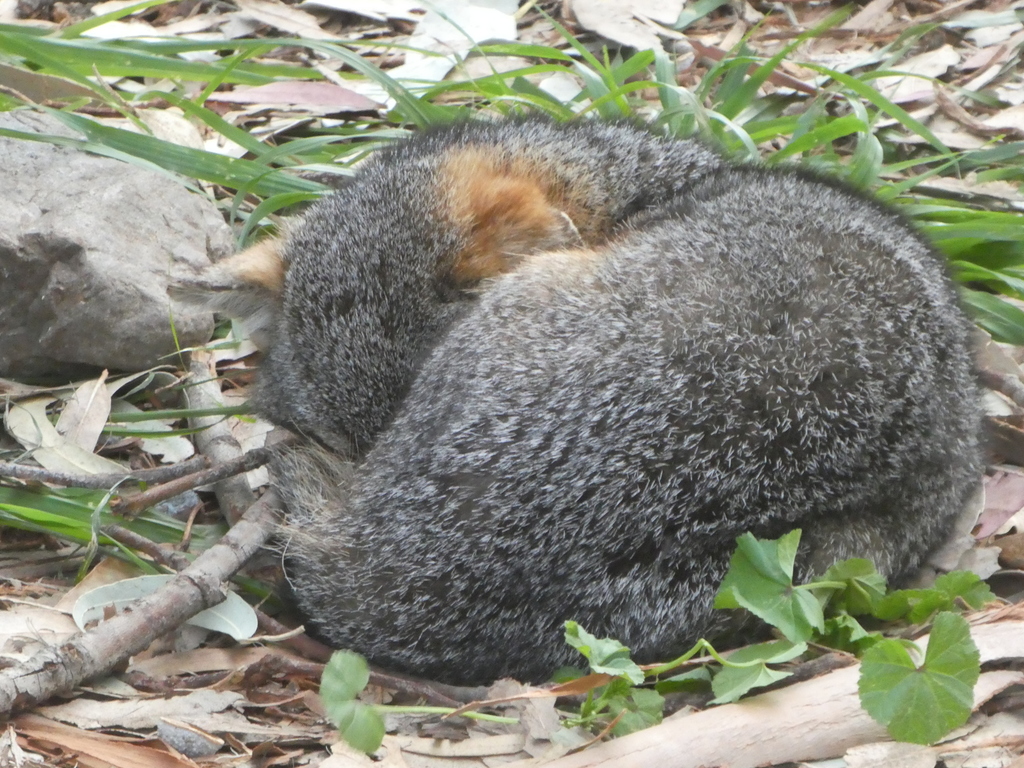 The island is a testament to nature’s recovery given time and space.   It’s also a reminder of our roll as stewards of the land.   I asked John about the tension between ranchers, the national park, and environmentalists.    He stated that the roll of ranchers as stewards of the land and their contributions are often underplayed.   In the same breath, he said: “There used to be over 200 Chumash living here on this island.  They figured it out. They had currency and local governance.  They lived for a long time in harmony with the land.”

Visiting the Channel Islands National Park left me wanting more.  Perhaps we’ll return and explore the kelp forests in the marine sanctuary or kayak through the nearly 100 ocean caves that dot the shoreline, or even visit the other islands.

While we have made progress restoring and preserving a national treasure, John’s words were haunting, “They figured it out…..”  will we?