Eastern Oregon does not seem like a marquis destination. There are miles of sagebrush, ranch land, and mostly dry lake beds left over from wetter times. The temperature soared, the air was dry, and it appeared to be a most inhospitable environment. However some we found some oases.

Established by Theodore Roosevelt in 1908, the refuge encompasses 187,757 acres of the Blitzen river valley and lakes Malheur. In an ocean of sage Malheur is full of meadows, ponds, and streams. Wildlife concentrates here en masse. There were miles of dirt road and marshes full of a huge variety of wildlife.  During the fall and winter it becomes a mecca for birders from all over the country.

Nearly 50 miles of dirt road and dust devils after Frenchglen, we hit the visitor center. The visitor center is in a basin boarding a giant meadow. We camped up the road 4 miles at the Hot Springs Campground. Despite being a high mountain desert, hot springs bubbled up near a convergence of two spring-fed creeks. There were aspen covered campsites loaded with birds of all kinds (Over 41 species that I was able to count). Even though the temperature reached nearly 100, the aspens provided shade and passing clouds and wind brought the temperature down to a bearable temperature. There were 25 campsites with only a handful being occupied, so we go to enjoy the peace and quiet a desert can truly offer. I hiked down the creek bed along old paths and found old wooden corrals that clear had not been used in over eons.

Seeing a part of this country that few people experience was a major motivation to get this remote spot. However, there some other key reasons to visit this spot.

The pronghorn antelope are the last remaining species in its family. It is the second fastest land animal in the world reaching speeds of nearly 60 miles an hour if pushed. People estimated populations surged to 30 million, but dwindled due to hunting and habitat loss to about 24,000 in 1924 (according to the IUCN red list) . Hart Mountain Antelope Refuge was set aside as many pronghorn birth their young in late spring here before migrating back to Yellowstone. A combination of managed hunting and preservation of habit has allowed the species to stabilize and start to rebound. Today about 750,000 pronghorn roam the northwestern USA and they are no longer considered endangered – A success!

Pre Columbian period (before humans entered North America) the estimated Big Horn Sheep population was between 1.5-2 million.  By 1960 the estimated population was between 15,000-18,000 (Citation Here)
In the Hart Mountain area Big Horn Sheep were extirpated by the late 1940s.   In 1954 a repopulation program started, and by 1983 there were 413 individuals.  However by July 2020 only 48 individuals were spotted.  So due to a rigorous and breeding and repopulation program the population across North America as increased and stabilized to nearly 49,000 (IUCN Red List), but results have been mixed in Hart Mountain 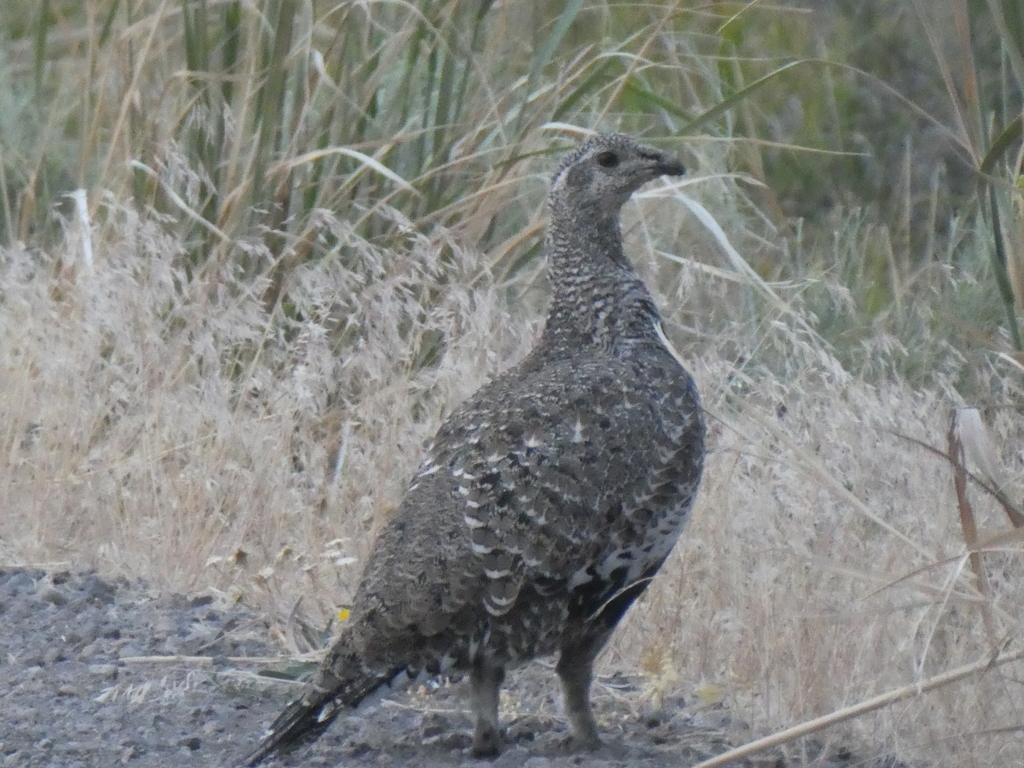 The Greater Sage Grouse has suffered an 80% habitat loss since 1965 and a 40% decline since 2002. When pioneers first came to Eastern Oregon, they used to be so plentiful that they would collect their eggs in baskets. However now the IUCN red list identify that they are now a threatened species.  Time will tell a network of wildlife refuges will be enough to preserve this species for future generations.

We were privileged enough to see all three species in our excursion to Hart Mountain as well as experience some brief moments on the “range where the deer and the antelope play, where seldom was heard….”.