After our trip in Kenya and Tanzania we ran into someone who extolled the magnificence of Southern Africa when compared to Eastern Africa.  We had such a great time in East Africa when we were there 17 years ago that we were very excited to return to Africa and try the Southern Africa.  Now after spending three weeks in Southern Africa, we feel we can compare and contrast them a bit.

A note about wildlife

The best times for viewing Wildlife in Kenya and Tanzania is during their dry season June-October; and the best time to view the Great Migration is between January and March. (Source).  With millions of prey moving around, there are scores of lions and cheetah as well.  According to Rosemary and Carol, wildlife was plentiful in Kenya and easy to spot everywhere outside the city (mostly giraffes, zebras, and antelope). “It’s mostly Masai land and they take care of it!”  Moreover, Lake Nakuru and the Masai Mara were just a few hours drive from Nairobi, both have a high biodiversity index.

The best times for viewing wildlife in Southern Africa are May through September for large mammals and October through April for scenery (everything is green) and birding.

The biomes of East Africa vary wildly.  The Serengeti and Masai Mara are mostly savanna which makes it easy to spot wildlife.  However the biomes vary radically from park to park (Click Here).  Similarly Southern Africa has some diverse biomes (Click Here).  We saw mostly tree savanna and woodland biomes.   A mix of time of year and biome greatly impacted our wildlife viewing. 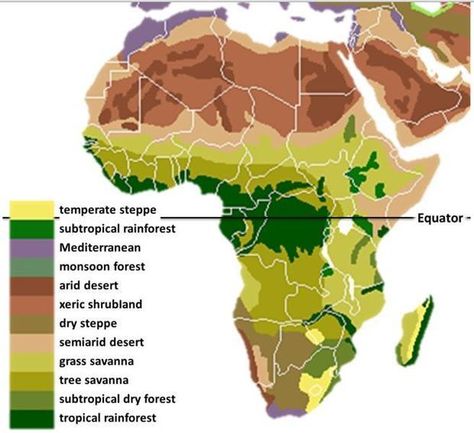 Southern Africa is experimenting with a trans-frontier conversation.  Angola, Zimbabwe, Zambia, Botswana, and Namibia have partnered to establish a fence free massive wildlife conservation.  They are partnering with conversation of Rhinos, Elephants, and tourism (for example for an additional $20 a traveler can obtain a KAZA visa which was good for the countries that participate).  The area was massive (twice as large as the UK).  For more information about the KAZA trans-frontier wildlife area (Click Here)

In Eastern Africa 9 indigenous cultures dominate the region while Southern Africa has over 43 indigenous cultures.  Our experiences with local cultures in East Africa were dominated by the Masai and Kikuyou, however in Southern Africa we got to see and experience more cultures.  We spent the most time with the Shona, however our guide Manda made a point of pointing out the various cultural differences of the indigenous people as we passed through Botswana and South Africa.

In Zambia and Zimbabwe airports and tourist locations were groups of people dressed up in traditional attire dancing and playing instruments.  This made me feel uncomfortable.  This appeared to done purely for tourist benefit, as if they wanted to play on the stereotypes to satiate a tourist desires to “natives”.  This was unlike what we had seen in Kenya where the Masai dress the way they do everyday, not for the benefit of tourist entertainment.  My advice is to check your stereotypes at door before entering these countries and listen to the people talk if you want authentic cultural experiences.  What we found was people hurting financially and struggling to make it in uncertain political environments.  The people we spoke with in rural communities still followed traditional rules about property ownership and marriages.  The communities were socioeconomically diverse.  We saw people dressed well, shopping at high end markets along with homeless people and children who begged for handouts…just like at home.

Most of the countries we went to had gained independence fairly recently:

The scars of colonialism ran deep throughout the region.  Most European immigrants to the area were far better off financially than indigenous communities.  The disparity was highly visible.  That said, there were many black-owned businesses.  In Botswana the driving schools were roadside chairs and cones, no storefront needed.  Roadside shacks selling everything under the sun were ever present along with vendors selling items spread out on a tarp.  Routinely people selling fruits and vegetables tries to undersell the markets to make ends meet.

In conversations with people about local politics, very few of those conversations indicated they were happy about progress in Zimbabwe, South Africa, or Zambia.  In a nutshell, the population is neck deep in problems and they don’t believe the government was capable of fixing them.  “They just need to throw everyone out and start over.”  Was what we frequently heard.  “They are too corrupt, they give everything to their friends.” Was another refrain.

Southern Africa was amazing, but it was hard to beat our Kenya-Tanzania experience.