In order to see wildlife, time must be spent where wildlife is present.  The more time spent, the higher the chances of seeing wildlife.  Seeing wildlife from river side was a special and unique experience that we could not see from land.

Arriving at noon, we had just enough time to eat some lunch, catch up on some winks, and head out on our first river safari.  Waking up early and sometimes spending long periods and staying out late were often challenges for the girls.

Our guide Shah, motored down the Kinabatangan River, which is part of the Kinabatangan Wildlife Sanctuary.  Shah was a special guide.  He knew his animals well.  He knew where to look.  He knew the habits of the different animals.  He carried resources to help us look stuff up when there were questions.  We could not have gotten luckier.

Our small boat quietly motored down the muddy waters.  Horn Bills flew overhead, monkey troupes chattered from the banks, purple herons and great egrets fished in the shallows.  Fish eagles flew high overhead, while swifts darted about.  Sometime we went up various tributaries to the river.  The rainforest on either side of the river was alive with bird song, and branches crashed about from unknown animal activities.

From time to time our guide pulled in close and turned off the motor to watch the animals go about their routines.  The animals were inspired to explore our world as we explored theirs.

Sometimes we’d sit for ten minutes watching a family groom each other, and other times we go backward and forward trying to see an elusive but magnificent birds like the oriental darter, stork-billed kingfisher, or the blue eared kingfisher. 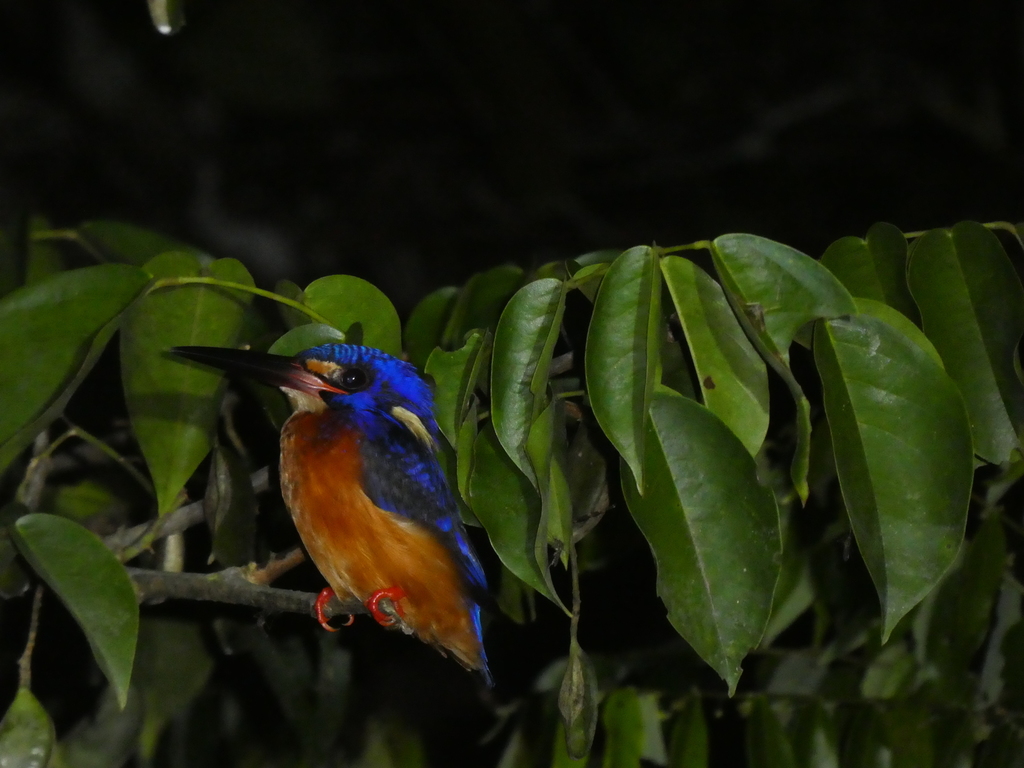 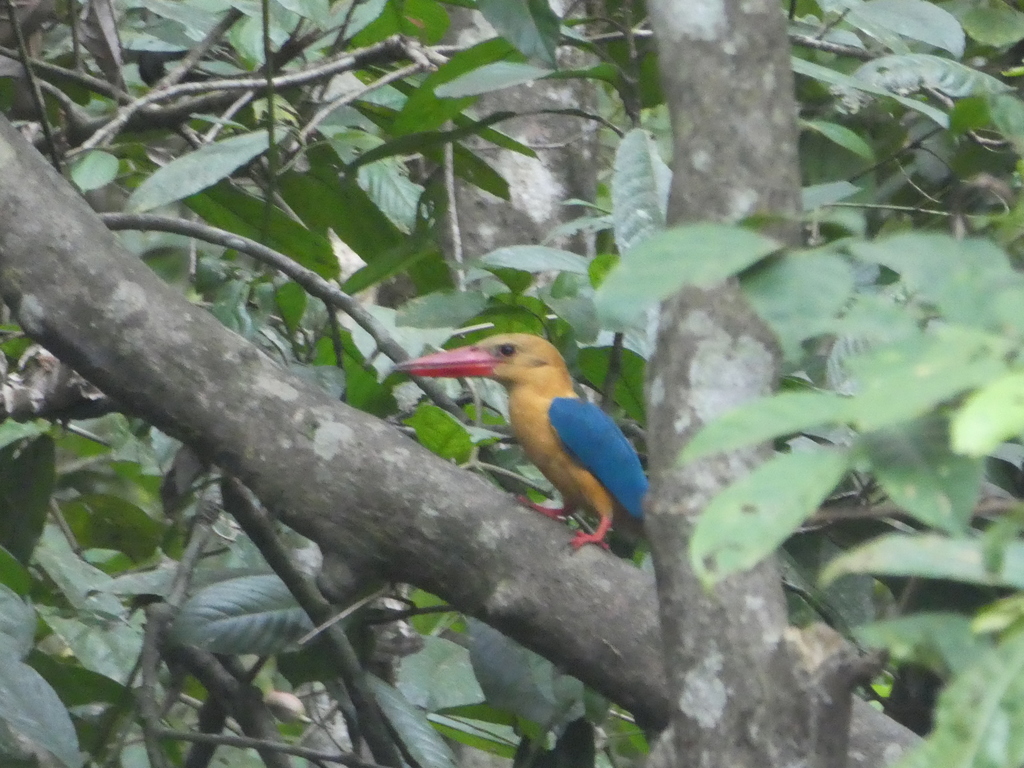 We took three trips a day, leaving at 6AM, again at 3:30PM, and a night tour.  Each time Shah provided a special experience for us.  On a morning expedition he ran the boat into some water hyacinth for morning tea and breakfast.

On another occasion, he doggedly pursued the elusive flat headed cat on a night trip. Alyssa was fortunate enough to see the head and shoulders, but I only saw the legs.  This cat is endangered according to the IUCN Red List.  And Shah admitted it was his first time seeing it.  Amazing.

Hands down a favorite experience was floating down at the Menagua River (A Kinabatangan River tributary) at dusk far away from the other tour boats, listening to three troupes of monkeys (southern pig-tailed macaque, long-tailed macaque, and proboscis monkeys) settle in for the night.  He let us drift for about 15 minutes.  The monkey sounds, together with the sounds of birds and insect symphony that was starting, made for a lasting memory none of us will forget.

The monkey troupes would come to the trees along the river’s edge to sleep at night.  So going out early in the morning or in the evening provided the perfect time to view them as they were bedding down or waking up.  Most of these monkeys could swim a little, so if a predator tested them in the night, they could jump to water and swim across the tributary to safety, that is of course if a crocodile didn’t get it.

Sharleen fell in the love with the Proboscis Monkeys.  Aside from their adorable noses (that differed from males and females), they were vegan (like me), and had huge stomachs (like me), and were talkative (like me).  It is no wonder why she fell in love with them.  They eat over 90 different plants, most of them poisonous.  Their stomachs have large amounts of specialized bacteria that allow them to break down the foods.

We had seen Macaques several times before, but this environment allowed us to seem them in a more wild state.

Shah explained that the pig-tailed Macaques were more aggressive and liked to fight. However we saw on numerous occasions different troupes intermix and cross paths without incident.

The biodiversity in this river through the Kinabatangan corridor was amazing.  I took stock of some of the creatures we were privileged enough to see and found that some of them are in danger.