The cassowary had been listed as vulnerable on the IUCN Red List, however since 2017 their status had changed to least concern.  Good news for the cassowaries.

The cassowary is an ancient bird, appearing in the fossil record over 65 million years ago. (Nice graphic here)  It is part of the ratites – a group of flightless birds that lack a keel bone, to which flight muscles attach. (click here for more information). Particularly interesting about cassowaries is they are the primary dispenser of large seeded fruit in the wet tropics.  They eat the larger and the more toxic seeds that other animals cannot eat and poop them out elsewhere allowing the plants to germinate. (A more thorough explanation here)

An Australian Government publication in 1999 stated as few as 2000 cassowaries existed in Australia. (Click here) The Wet Tropics Management Authority states that currently there are about 4000 cassowaries in Australia (Click Here).  They identified the threats to these birds and tried to systematically address them.  There successes are outlined here, but two elements stick out.  First there was a huge information blitz and numerous foundations and groups that sprung up across the wet tropics area to save the bird.  Secondly, the minimal action of government.  Instead of increased fines and punishment, the government acquired more land to increase habitat for the cassowaries.

Numbers are increasing in Australia, but with only 4000 in the wild, we were extremely lucky to see one roadside on our way back from Wallaman falls. 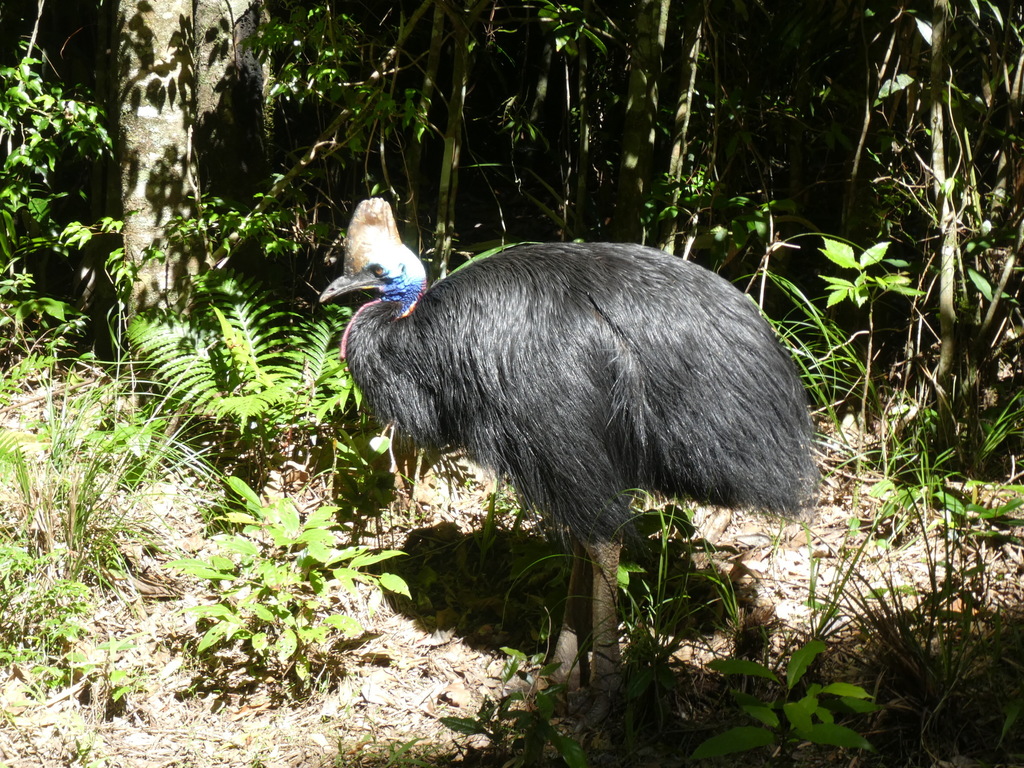 As if seeing one is hard enough, we were fortunate enough to see another while walking in the Daintree. It was resting on the side of the path and let us pass without any fuss.  We got a great shot of its feet.  These massive feet house a five inch razor claw that it uses for defending itself.