One of the newest national parks in the USA the Pinnacles offers some great hiking. We arrived for a short stay in the evening and hiked the Bench trail. Being summer, the park was dry and parched. The arroyos were filled with thirsty rocks, the trees filled with woodpeckers, and air filled with black flies looking for any sustenance. I wanted to take the girls on a challenging hike, so the next morning I had planned to take them up through Condor Gulch to the High Peaks and back down through Bear Gulch. Even though the distance was a paltry 5.5 miles, the ranger suggested we not do the hike, especially with little people. “The trail is strenuous. It is over 1400 feet of altitude gain, and there is an extreme heat warning. We constantly have to rescue people.” I figured the only way to do it was hit the trail at first light.

We collapsed our site and hit the trailhead by six in the morning. We had about 5 liters of water and some snacks. We huffed and puffed our way to the top. The views were amazing. Surprisingly, instead of walking around the peaks, the trail took us right through. At times, stepping holes were carved right into rock with a small railing. Kylie and Alyssa handled it like champs.

At the rocky and jagged summit we had the good fortune of seeing condors a critically endangered species according to the IUCN Red List. Due to aggressive poising techniques with DDT and lead poising by 1987 the condor population had dropped to 27. Scientists managed to capture all condors and started an aggressive breeding program. The world wide population has jumped from 27 in 1987 up to 460 in 2017 (with 180 of those held in captivity to continue breeding).   At the pinnacles, condors all but disappeared for nearly 80 years.  However in 2016, for the first time in 100 years, the very first condor hatched at the Pinnacles in the wild (Link Here).  One condor juvenile, that was unmarked, flew no more than 20 feet away from me.  I could feel and hear it’s whoosh!   What a rush.  We looked up the condors we saw using Condor Spotter (Click Here) We the saw the following condors: 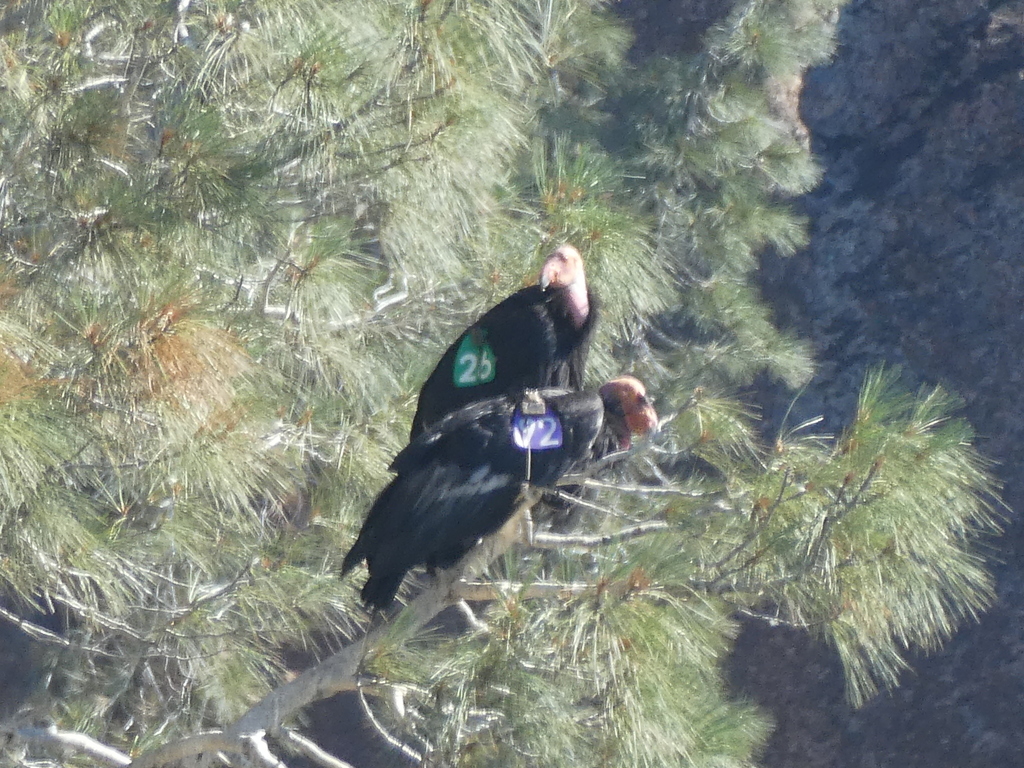 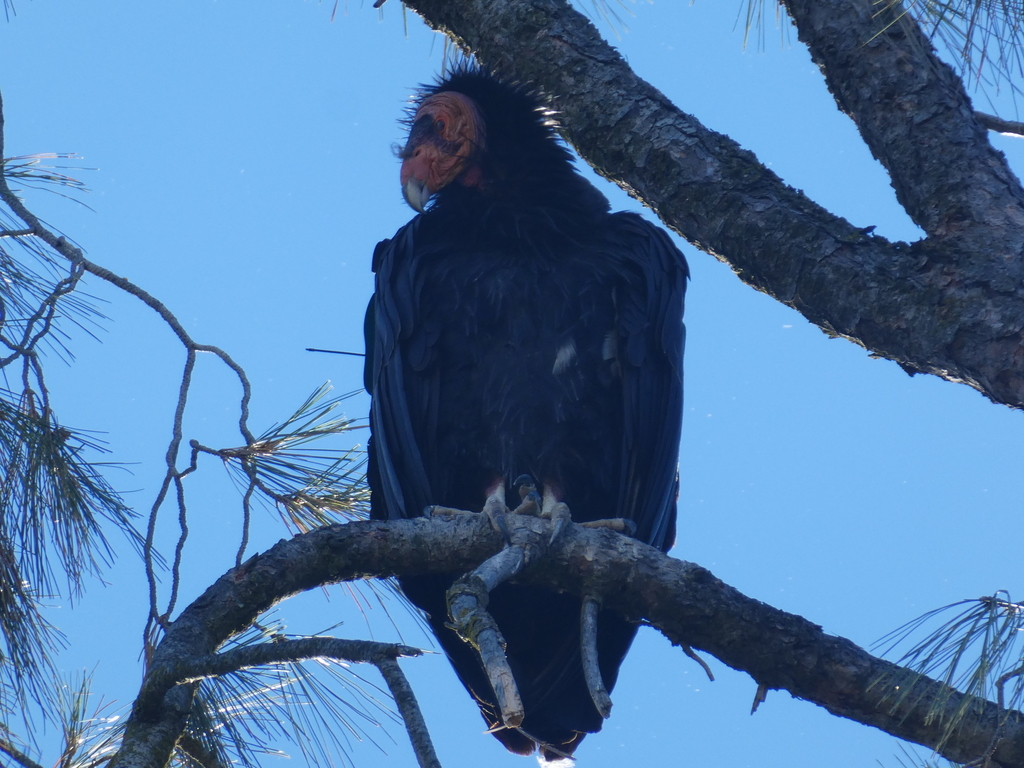